Kitchen sink not draining? Fear not and read on!

Do you hate that dreaded moment when you’re doing the washing up and you realise that the water from the kitchen sink is not draining?! Food is swilling around amongst the dishes and you’re worried about this being a serious blockage in the pipes. This is a really common problem but one that can be expensive to fix if you cause damage to the pipes while trying to fix it.

Making sure that we limit the amount of food debris, including grease that goes down the drain which is the main cause of these types of blockages is very important.Many of us immediately think of chemical cleaners to fix the issue by pouring down the sink but this can often do more harm than good. We always recommend alternative DIY methods before contacting a plumber, below we will go through a few of the best methods to fix a blocked sink and some methods that you can implement to avoid future blockages.

The first thing we would advise is to get some boiling water down there!

The main reason for your kitchen sink not draining will be a build-up of food in your pipe just below the sink. Before doing anything else, including calling us or another plumbing company, you should boil the kettle and pour the boiling water directly down the sink. This will often be all you need to do to release the blockage. Repeat the process until the water begins to drain from your sink as it should.

When hair, grease, soap residue, and other debris get stuck in your drain, boiling water may be all your pipes needs to loosen the blockage. It’s the simplest fix, which means it should be your first move when trying to unclog a sink.

If this doesn’t work don’t panic! There are still at least 5 other DIY methods that should budge that swine of a blockage.

There are a couple of different types of plungers that you can use for the job but the flat bottomed variety is probably the best to unblock your kitchen sink as opposed to the one that we use down the toilet, both for functionality and for hygienic reasons! Follow this 3 step process to unblock your sink using the plunger.

1. The first thing to do is to fill the sink with water up to about halfway.

2. place the plunger over the drain of the sink and using quick firm movements move the plunger up and down between 7 to 10 times.

3. Once you are all pumped out, remove the plunger and see if the water releases smoothly down the sink. If it is still blocked or the water is draining too slowly then you should repeat this process a few times or until the blockage is removed. it may be that even the plunger can’t get rid of the blockage but don’t panic just yet there a still a few more things you can try to get your kitchen sink draining properly. 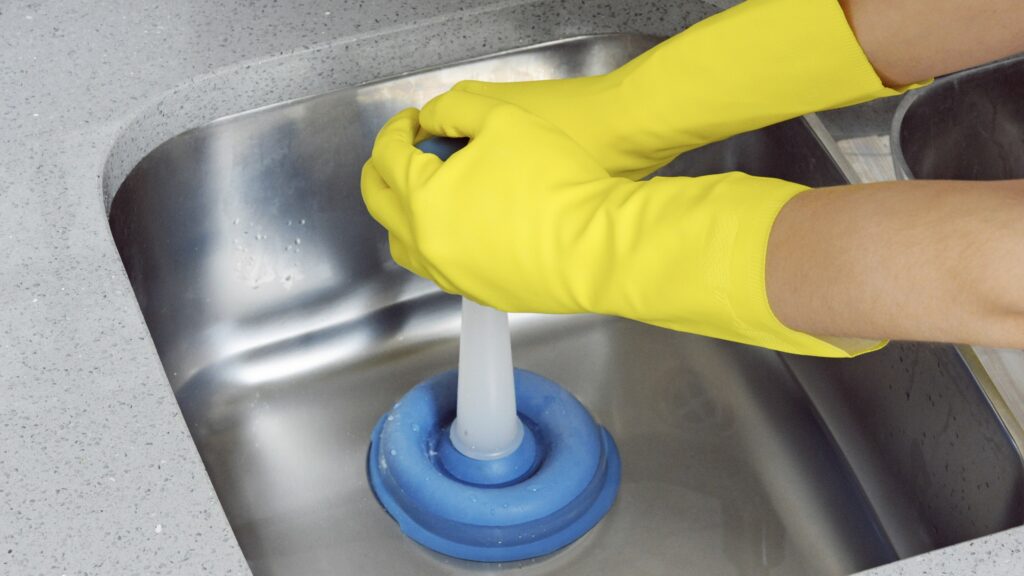 The next step we would recommend is to get some baking soda and vinegar down there.

Rather than using chemicals that may cause long-lasting damage to your drains, we recommend using a mixture of baking soda and vinegar. This is a much safer method and does work almost as well without the worry. follow these steps from start to finish.

1. If you have water in the sink that won’t budge remove it using a cup or glass.

2. pour about 200 ml of baking soda down the drain

3. pour half a glass of vinegar down the drain, as soon as you’ve done this you should seal the drain using the plug.

4. Leave the magic powder and vinegar mixture to do its work for about 20 minutes and then remove the plug and pour a full kettle of boiling water down the sink followed by funning the hot water tap for about 3 seconds. This should do the trick but like most things in life there’s no guarantee.

If your kitchen sink is still not draining, itś time to get the snake out.

We always carry plumber snakes in our vans and they are great for releasing stubborn drain blockages. They are a spiral-shaped flexible tool that resembles a snake (hence the name) it’s a very effective tool to get down the pipes and break up any stubborn blockages. If you don’t happen to have a plumbers snake under the sink you can get one on Amazon for less than 10 pounds, you can see a few varieties here https://www.amazon.co.uk/Plumbing-Snake/s?k=Plumbing+Snake.

Alternatively, you can knock up an effective substitute using a wire coat hanger that you can cut and open out to create a long wire rod. Whether you are using the snake or the coathanger or any other long metal instrument, the action will be the same. You need to feed it down the drain slowly until you find resistance, try to break up the debris, or pull it back up the drain. Keep doing this until you feel the blockage has been removed and then run boiling water down the sink to see if the water drains away as it should. 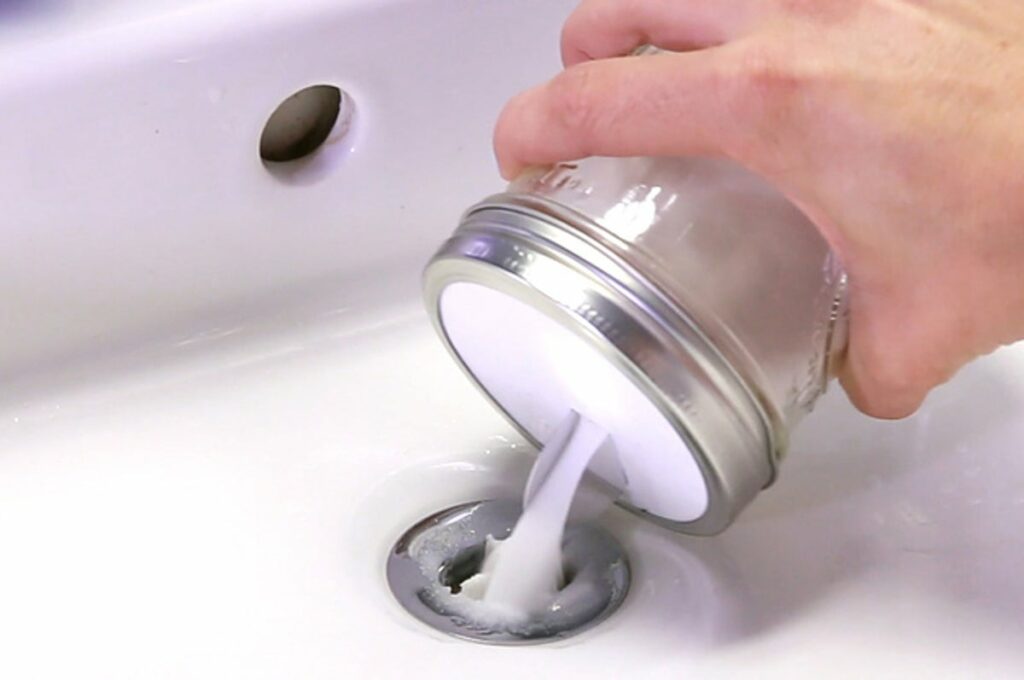 Last shot! Clean the U-bend to drain the sink

If none of the above has been successful in unblocking your sink it’s time to get under the sink and take a look at the U-bend. We often see those food particles, grease and debris will move into the lowest part of the piping system below the sink which is the U-bend, and from there are unable to move further causing a blockage that is difficult to reach from sink level using the above techniques.

If this is the case, don’t panic, we have a simple fix if you are willing to get your hands dirty. Follow these steps to unblock your sink from the U-bend.

If you have done all of the above and still your sink is not draining then it may be time to admit defeat and give us or another plumbing company a call! you can view our plumbing page and contact us here https://lmplumbersworcester.co.uk/plumbing/

" We have used LM Plumbers now for 5 years, they service all of our worcester properties. Top quality workmanship & Always honest & reliable.”

"Professional, friendly & always reliable. LM Plumbers Worcester are a great advocate for our products and the ideal MAX Accreditation scheme.